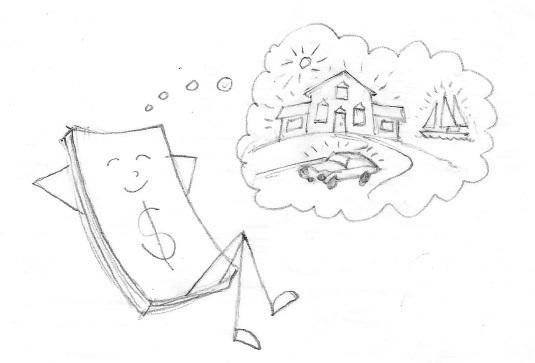 When you dream, dream  big - then do your research

In 1967, my husband and I were at a crossroad. We were considering many options, even a move from the US to Australia. Jerry brought home pamphlets all about the country and what they were offering. Australia is not only beautiful, but we would get land for free if we were willing to relocate. The country needed skilled workers. Jerry was a journeyman and skilled worker, so it looked like Australia was a great opportunity. We considered it, prayed about it, and read everything we could about the offer. The one reason we did not go we would have had to give up our American citizenship, and we were not prepared to do that. This was not part of our vision. Jerry and I grew up in foreign countries and giving up our citizenship was not a risk we were willing to take.

We all need to weigh the risks and rewards when we make decisions about our lives. Risk can be scary.  But without risk, there is no possible way to earn the reward.

We also considered moving to Wyoming. We drove through the state. What a beautiful place! Halfway through the drive, we had to stop to rest. We slept in the car. The next morning, we woke up at 7:00 AM to find the car doors had frozen closed. In the middle of June. Well, that killed that. It was much too cold for me and my family. Besides the cold, wages in the utility business (an industry in which Jerry had worked for six years) were too low.  We discovered that in winter, workers could be released with no pay as early as 11:00 AM or when the temperature plummeted to 11 degrees. This was not part of our dream either, and so we moved on.

We checked out St. Louis and Pennsylvania where we had . Both places featured extreme weather shifts and low-paying work. Obviously, not the best combination.

Finally, we drove into Northern California and felt we had landed in paradise.  And here is where we made our home.

Dreams are important but do your research.

For more information on how you can be Wealthy and Healthy - Get your copy of Healthy Wealthy Money.