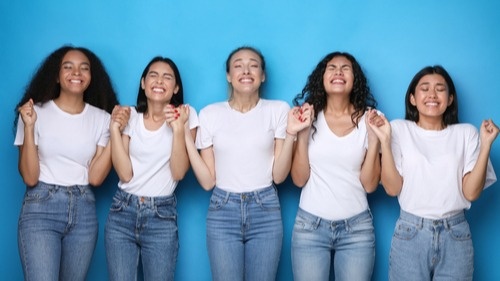 Women’s Rivalry and Competition Makes Us Our Worst Enemies – Is it a Myth?

When I couldn’t break through the glass ceiling at one of my first jobs, I decided to start my own business. During my decades as a female financial advisor working with female clients, I noticed the rivalry women have between themselves.

Rather than give other females a hand up to break through the glass ceiling, some women ignore their compatriots by internally saying to themselves “I got here on my own. Let ‘her’ get here on her own merits without my help.”

This is where the Real Value of Working with a Female Financial Advisor comes into play. Our female-focused firm can help women to work on their finances through Financial Coaching, Retirement Planning, and Investment Management by educating and truly listening to your concerns.

The Socialization of Girls and Boys

When children learn to develop social skills, there are always examples of boys punching girls' arms because they don’t know how to handle liking them or kids being made fun of if water spills on their pants, looking like they didn’t make them it to the restroom in time. While most of these childhood growing pains go away as we age, there is one that never quite seems to leave – the undercurrent of intra-female incivility.

Even as pre-teens, women are exposed to the sudden dislike and gratuitous negativity between each other, many times for reasons no one can put into words. There is this feeling when you see another woman across the gym or out to lunch and immediately have a negative instinct kick in about who they are, their potential motives, and how it will affect you.

Unfortunately, this unspoken rivalry seeps into the workplace, often getting in the way of our efforts for promotions, career development, and higher pay. So, what makes women’s rivalry and competition such a barrier to our success?

Getting the Facts Right

First off, let's address the tone of our rivalries. This isn’t a punch-you-in-the-face kind of situation like with men (although it can feel that way sometimes). Instead, women tend to enact more covert and clandestine methods when addressing a potential rival. We don't prefer direct attacks against the physical person. We like to shame or spread rumors to break down any protective barriers we have around each other, so any future jabs are more potent.

Back in the “club them over the head” caveman era, this was about survival. We all fought against one another to have the most resources for life, like food, shelter, and our preferred mate. Today, college-aged women describe it best from a recent survey where competition is more around feminine ideals like consumerism, media portrayal, perfection-seeking, and having the best relationships.

It's not about being on the “squad” from Mean Girls as you walk into a building. It’s more about being that ideal woman everyone else looks up to or asks for advice from when faced with a problem.

In many cases, this can result in “frozen faces” that we like to put on to endure our so-called friendships that are actually quite toxic. Teams of psychologists study why we feel the most lethal threat to our emotional security is from fellow females.

The Blowback from Pulling the Curtain Away

Here’s the biggest problem: when we as women shed light on this internal competitiveness between females, especially in the workplace or when seeking similar leadership positions, there is often blowback. Instead of addressing the underlying issues with some humility and curiosity, we are often met by screams of anti-women, anti-feminism, or being a bad mother.

“Any suggestion that women are co-architects of their unhappiness for failure to prosper [was considered to be] tantamount to misogyny, horizontal hostility, and internal sexism,” says Kelly Valen, author of The Twisted Sisterhood.

One author put out a book showcasing how women often got in their own way due to harmful internal conflicts with other women and received a mountain of condescension because she dared to “air women’s dirty laundry.” Almost as if the tail was wagging the dog.

We shouldn’t throw away, discount, or forget that this has something to do with emotional intelligence. I’m going to play the typical male response and say, “women are too emotional.” Yes, we are! But not in the horrible way that is often portrayed.

Our ability to access far more complex emotions and trust our instincts is critical to our survival and success. The difficulty of navigating these powerful emotions may sometimes set us back, but that doesn’t mean they are not critical assets we should celebrate in one another instead of competing against.

It could be that we are looking at these competitive situations through the wrong lens. Take a look at Serena and Venus Williams for a moment. Here are two incredibly talented female athletes that are equally extremely competitive. However, instead of letting the fear, anxiety, and emotional challenge of their careers get in the way, they use it as fuel to spark innovation and power between one another.

Now, consider that these two tennis stars have three half-sisters on their mother’s side. Each of these strong women has had careers in nursing, fashion, and raised kids of their own. In one case, there was a tragic death. Imagine growing up in that family where you have two sisters getting mountains of attention, and you are in the shadow, no matter your achievements.

Take that same idea and apply it to the rest of the world. Walk through life looking at another woman's social, financial, and emotional success, and you are likely to find sparks flying left and right.

We need to find a way to redirect this feeling of animosity toward fellow women in more positive ways. If we can capture those rivalries in a bottle and let them out only to motivate our own goals, the idea of a glass ceiling would shatter faster than men have time to realize.

What About Female Friendships?

While we all want the highest paid position and the financial security we can get, there are other ways women’s rivalry affects our well-being – friendship. Time to discuss two naughty little words no one wants to bring up: jealousy and envy.

No, these are not synonymous. There is one visceral distinction that we all need to recognize, and that is the feeling of being threatened.

With envy, we want what someone has so bad it is painful. That could be anything from the latest vehicle to the most attractive partner. Jealousy is a bit different and has much more to do with women’s rivalry. This is when you feel threatened that something you have or want will be taken away. Think of it like the “jealous husband” who has his head on a swivel whenever his wife walks into a bar.

Stay with me, ladies; I know this is uncomfortable. The fact is we often look around at our friends and let a little jealousy seep out. In some ways, this could be small because we want to hang out with specific friends more than others. Or it can be because we see them succeeding and view it as a threat to our own achievements or recognition. Whatever it may be, this often is at the root of our rivalries and can spoil a friendship all too quickly.

I bet if we were to survey all the readers of this article, a good portion could tell a story about how jealousy ruined a female friendship.

Being Viewed as a “Bossy Woman”

Finally, let’s flip this competitive rivalry on its head for a moment. Regardless of the level of competition and rivalry among women, the stereotype of women being their worst enemies persists. One reason may be that the stereotype is reinforced by societal expectations and biases.

When women believe that other women are their enemies, they may be less likely to form supportive relationships with other women. This can lead to feelings of isolation and loneliness and make it more difficult for women to achieve their goals.

Instead, we should be leaning into confidence through the support of our female friends and peers. We should be forming groups of powerful women lifting each other up through transparent communication. It’s perfectly okay not to like someone, but that doesn’t mean it has to get in the way of your or their achievements.

We have a real opportunity to make the world spin every single day we as women reach out and grasp the helm of leadership. Yes, women’s rivalry exists, and yes, that leads to competition. However, we can conquer any challenge by positively redirecting these feelings to power our goals and be supported by our emotional intelligence.

Regardless of the level of competition and rivalry among women, the stereotype persists and has negative consequences, such as affecting women's relationships with each other and their own self-esteem. It's important to note that there are also positive aspects of women supporting and collaborating with each other, which can lead to more tremendous success and fulfillment.

Therefore, we must challenge and confront this stereotype and promote and encourage supportive relationships among women. The more we enable real, honest, and visceral communication, the better we can demonstrate our innate ability to lead and achieve success.

This is why I started a female-targeted financial service firm. As a female entrepreneur, I know the challenges of navigating the world through both the stereotypes of men and the rivalries of other women. With Meyers Financial Services, I want to break down these barriers through the practical support of every female client, so you can get the financial foundation you need for your future. Reach out today, and let’s discuss your goals.

We can do this ladies! All it takes is a little extra effort to question our feelings and look past stereotypes. Who knows, that one woman sitting across the café or looking at her phone may be the answer you need to find a healthy competitive partner you will cherish forever.

Book a Call today and let’s discuss your options.

﻿Lillian Meyers CFP®, CDFA®, EA is a Financial Planner for Women in Sonoma, California helping clients live their best life through the use of financial planning, investment management, and other sophisticated financial options.